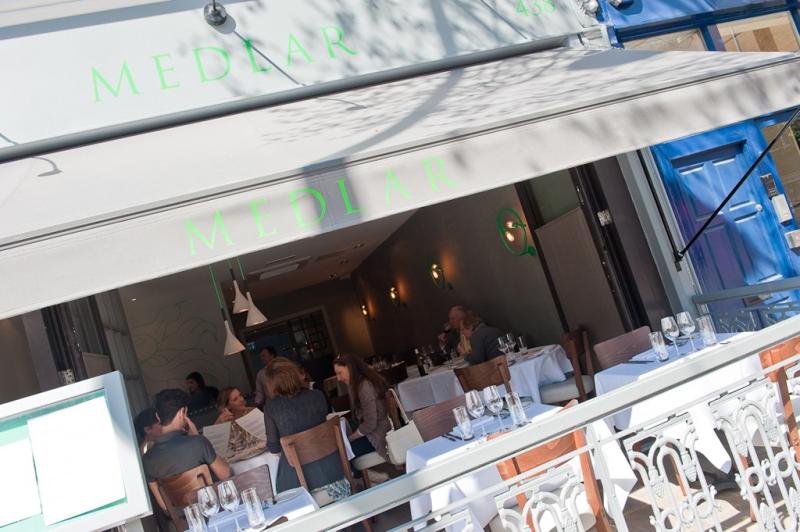 The Medlar opened on the Kings Road in Chelsea in April 2011 with the intention of succeeding as a good neighbourhood restaurant and in this it has certainly achieved, judging by the enthusiastic plaudits it has received from both critics and diners. It is co-owned by a very accomplished duo, Joe Mercer Nairne who heads the kitchen and David O'Connor who leads the well-pitched service. Joe earned his culinary stripes at restaurants such as Carluccio's, The Savoy Grill and Chez Bruce as well as a stint in Sydney working at Neil Perry's Rockpool. David learned his craft as a waiter at his parent's restaurant before working at restaurants such as The Orrery, and for 12 years managing front of house for Chez Bruce, The Square and The Ledbury.

The Medlar has a smart canopied frontage with folding glass doors that can be opened onto the prettily white railed terrace for dining al fresco. The chic interior was the work of Turner Pocock Interior Design, decked out in shades of green and grey, with large hand painted motifs of the fruit which depicts the restaurant's name.

The menu looks to local and seasonal ingredients for its inventive dishes, that are presented with flair, whilst demonstrating accomplished skill and creativity. Open your account with foie gras and ham hock terrine with green bean, shallot and dandelion salad served with toasted brioche or rare grilled salmon with sauce vierge, sea purslane, oyster beignet and herb mayonnaise. Main courses follow suit with red mullet with baby squid, ratatouille, black olive tapenade and salted almonds or roast grouse with game chips, bread sauce, pâté and damsons. Desserts bring on board such delights as lemon sorbet with blackberries, Zubrowka vodka and freshly baked madeleine or cherry and frangipane croustade with griottines and milk ice cream.

There is an excellent global wine list compiled by their sommelier Clement Robert, who was awarded the UK Young Sommelier of the year 2010. There are options by the glass and all wines are available by the carafe at 75% of the bottle price. 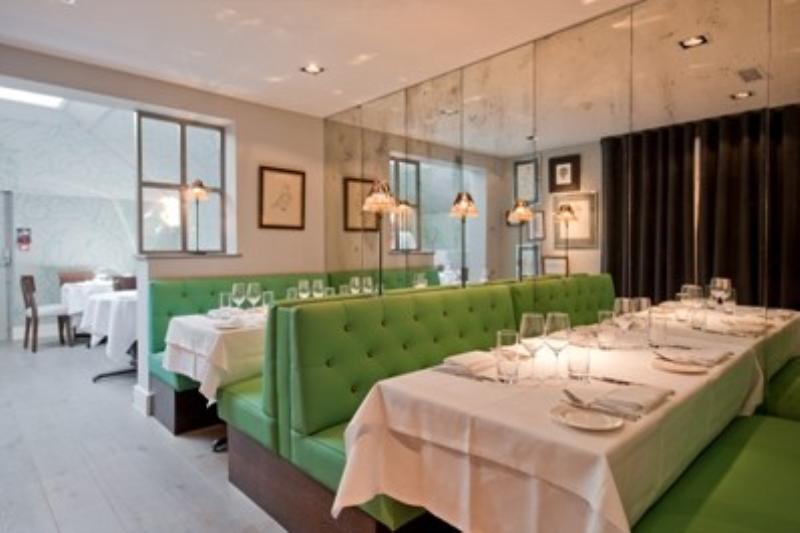 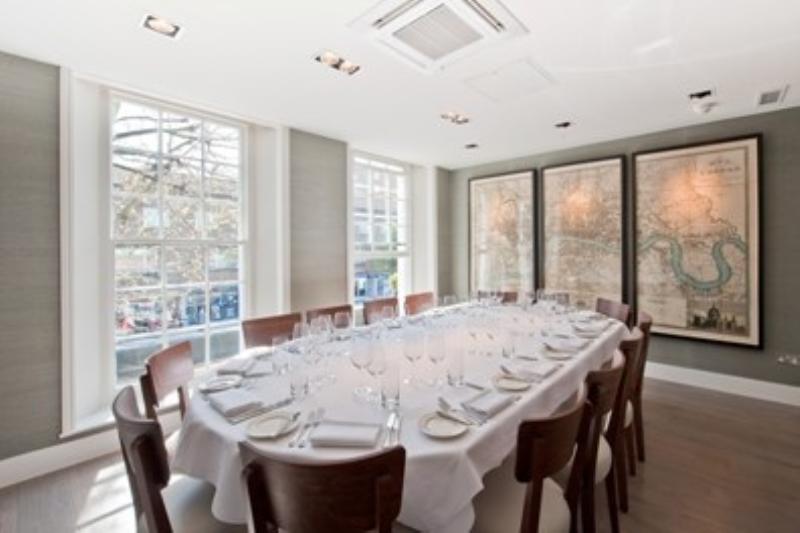 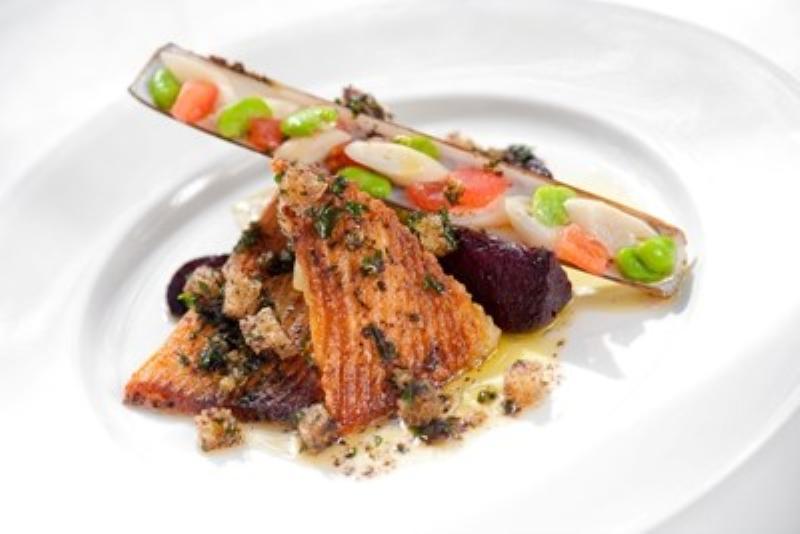 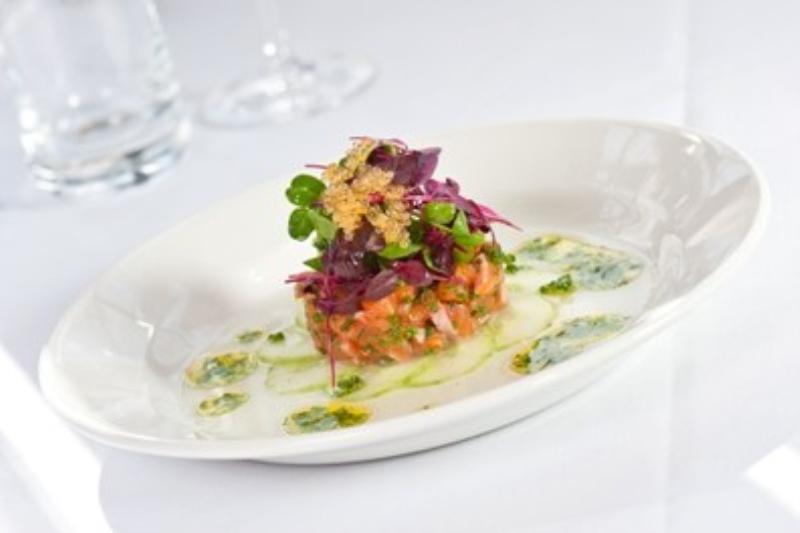 Following the success of their awarding winning Lebanese restaurant in the well-heeled Surrey town of Weybridge, Meejana opened a second venue on Old Brompton Road, just a short walk from Earl's Court.

Hot on the heels of the success of The Ivy Market Grill in Covent Garden, The Ivy Chelsea Garden on King's Road and the Ivy Café in Marylebone, Richard Caring of Caprice Holdings has opened The Ivy Kensington Brasserie.