Review on The Corporation Arms

Known locally as 'The Corper', The Corporation Arms is an eighteenth-century stone inn which was once home to workers constructing the nearby reservoir for the Preston Waterworks Company. These days, it thrives as a pub/restaurant in the capable hands of two families. The comfortable interior remains atmospherically traditional, and there's a spacious beer garden with views of the Ribble Valley and the reservoir.

The menu has its share of wholesome North Country standards including Bury black pudding with onion marmalade and poached egg, Lancashire hotpot and warm toffee apple crumble tart, but it also spreads its wings for Thai fishcakes, meatballs in tomato sauce with tortillas, and three-bean goulash. Also check out the list of more ambitious specials, which might include roast monkfish on buttered spinach with roasted red pepper sauce. The owners also run the Corper Deli on Longridge Market Place.

Facilities at The Corporation Arms

Customer Ratings on The Corporation Arms

Main Courses
Please also see our Specials Board opposite the bar

10oz Rump Steak £18.95
with mushrooms, tomato and onion rings
6oz Sirloin Steak £16.50
with mushrooms, tomato and onion rings
12oz Gammon Steak £12.25 or a 6oz Gammon Steak £10.25
topped with pineapple and a fried egg
Grilled Chicken Breast £11.75 or smaller portion £10.25
with a white wine and mushroom sauce
Steak and Ale Pie £11.75
in a pie dish topped with short crust pastry
Grilled Salmon £13.95
with a prawn butter sauce
Vegetable and Goats Cheese Nut Roast v £9.95
with a tomato herb sauce
All the above dishes are served with chips or potatoes and vegetables or salad

Sandwiches
All served with chips and salad

Images of The Corporation Arms 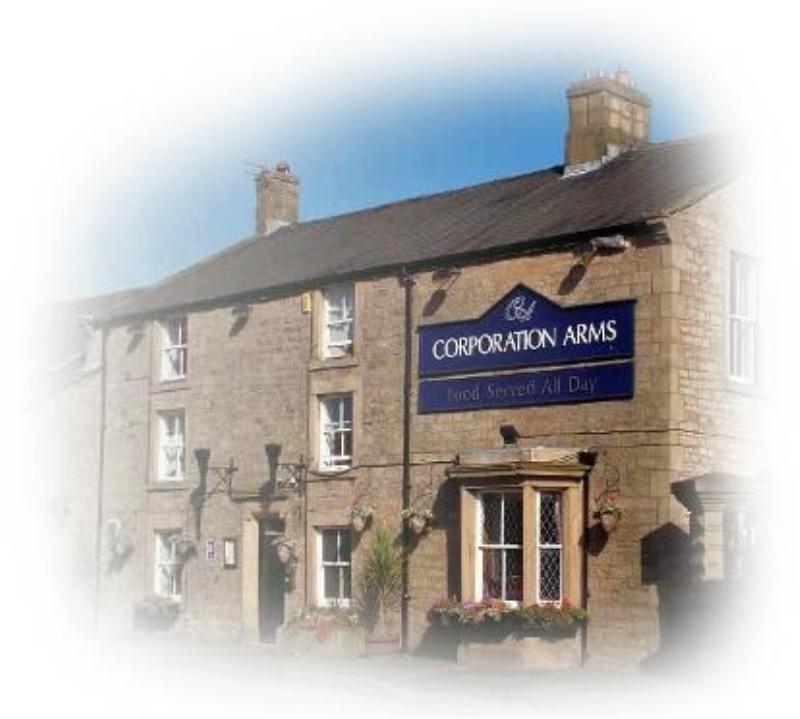 Virtual Tour of The Corporation Arms