Anglo-American 'special relationships' don't come much better than Hawksmoor in Spitalfields, a fun, fizzy steakhouse and cocktail bar from the owners of Seven Dials in Covent Garden. It's named after Nicholas Hawksmoor - the eighteenth-century architect responsible for Christ Church, Spitalfields, just down the road  but the prevailing mood is high-rolling transatlantic rather than Bulldog Brit.

The interior is understated in a hip kind of way, with vintage black Series Seven chairs around reclaimed Burmese teak tables, handmade Italian sofas and woodwork salvaged from a 1930s dance hall in Hull.

Meat is sourced from Ginger Pig (the Observer Food Monthly's 'Producer of the Year') and the emphasis is on traceable supplies from traditional breeds including Longhorn cattle, Tamworth pigs and Swaledale lamb. By contrast, the kitchen focuses on American-style cuts, which are cooked on a real charcoal grill: hangar, bone-in sirloin and ribeye are given the treatment, along with chops, racks and alternatives like whole sea bass. There are triple-cooked chips, baked sweet potatoes and steamed greens on the side, and a glitzy line up of classic sundaes to finish.

The cocktail list is a dazzling assortments of sassy, American-style juleps, sours and punches, alongside US beers and a wine list that crowns California 'king of the hill'. 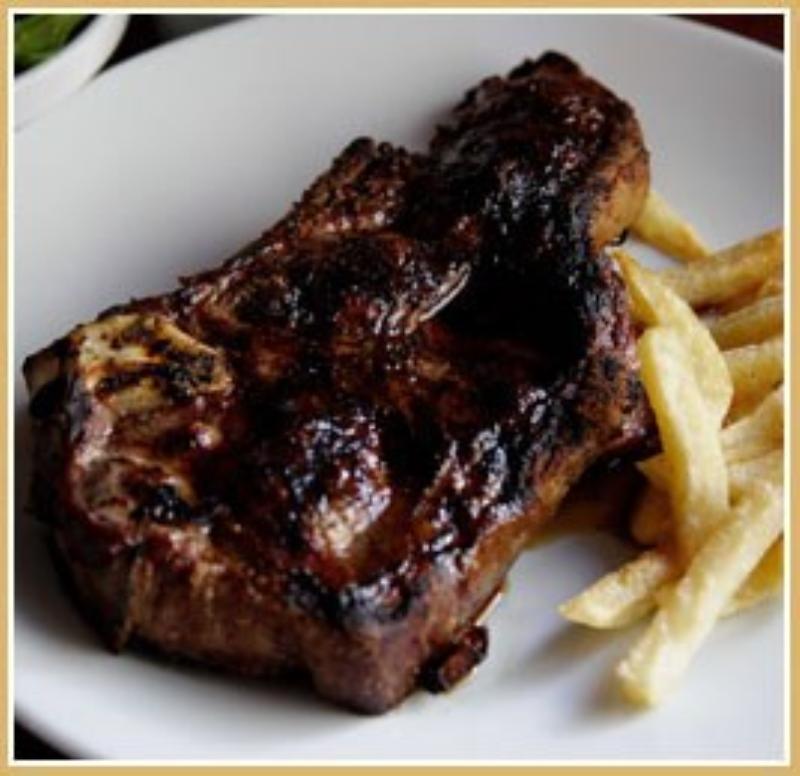 Start the day with soft roes on toast or pikelets with jam, enjoy an Eccles cake for elevenses, otherwise call in for lunch at St John Bread & Wine set in a converted bank building opposite Spitalfields Market.

What better site for a flag-waving British restaurant than a converted sausage factory round the corner from Smithfield Market? That's exactly the spot veteran campaigner Mark Hix (formerly of Caprice Holdings) chose for his self-named and appetisingly titled Oyster & Chop House.

The interior is much as it was in the ol...